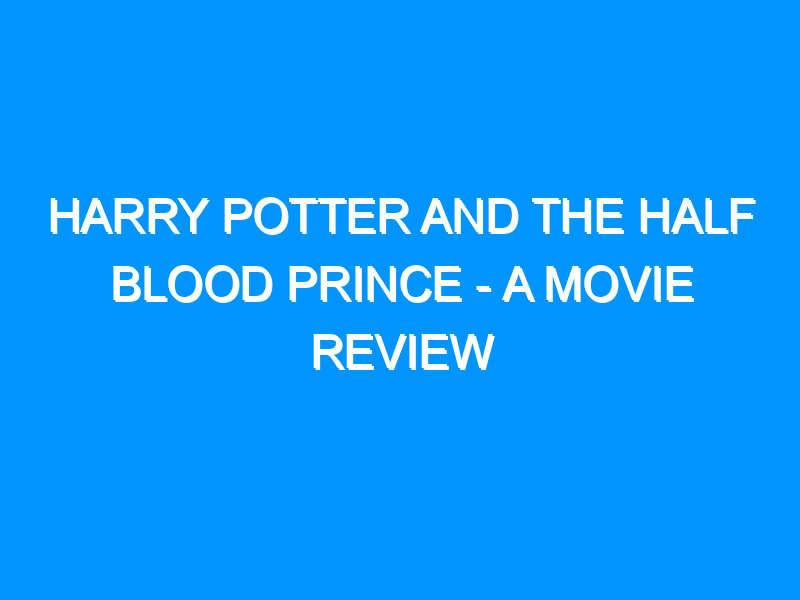 Ever wonder how the F2 movie franchise came to be? I know that when I heard about them, I groaned and wondered how they could top the very successful Harry Potter series. Both films have earned enormous popularity worldwide. However, the Harry Potter series has actually been around for quite a while. Its success has actually inspired some high-budget movies, as well as TV series, which are now in their second season.

The latest release is the Harry Potter and the Half Blood Prince. Yes, the third installment in the series. The movie itself is fantastic! I was quite excited to see what all the hype was about. And so, I did, until halfway through the movie when I realized that there wasn’t much of a plot at all.

The main characters in this movie are Harry Potter (KEENAN WHIFFLEBLADE) and his best friend Ronald Weasley (RIBBLE MANE). They’re attending Hogwarts School of Witchcraft and Wizardry, along with a few other friends. They soon discover that a dark wizard is behind all the trouble, and he threatens to send them to Hogwarts, where they’ll be forced to fight and learn. If they fail, he makes them internships in his secret department.

The only problem is that they’re assigned there as students, and they must find out the truth, as soon as possible, in order to save themselves, along with everyone else. They soon learn that they aren’t the only ones with dark magic, and that others in the school have also received their strange mark. So, they join forces with the other f2 movie stars, in order to foil the evil wizard.

The great thing about the Harry Potter and the Half Blood Prince f2 movie franchise is that you don’t have to have read the books to enjoy them. It’s a huge advantage to watch these movies along with the book. I always get a little bit more excitement when I’m watching a f2 movie that hasn’t been made into a book. However, I will admit, there are times when I want to stop and read the book just to be sure I’ve caught up on all the events. Luckily, I always manage to find other movies to watch instead.

One of the best things about Harry Potter and the Half Blood Prince is the style of storytelling. Not only does the movie maintain the same format as the books, it also works well outside of the main books. I especially like that the movie maintained most of the familiar elements of the books while making it look like an original and entertaining film. It’s rare to see a movie based on a main book that’s a crossover between movies and television, but this one certainly falls into that category.

I also really like the style of animation used. Not only is it different than the standard animated films from Disney and similar companies, but it’s also very effective and entertaining. I especially like the way in which certain scenes are shown through flash jumps when the action happens in the main movie. That helps make the entire movie flow well.

One other thing that I really like about Harry Potter and the Half Blood Prince is the level of connection the characters have with their friends and the world. It makes you feel like you’re actually a part of the events. Even small events such as Quidditch matches and pumpkin carving get to be part of the main events that happen in the movie. It’s refreshing to see new characters and places that haven’t been explored in a series before. There isn’t any need for a fan to re-watch the series to see what happens next, because you already know how it ends. Overall, this is a great f2 movie that I really enjoyed.