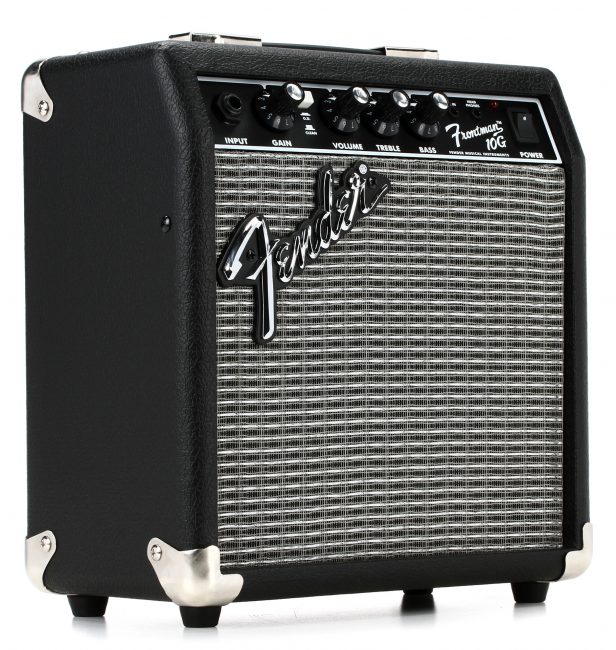 Before purchasing a guitar amp, you need to know what to look for. Considering the type of guitar, you can find information on preamp, tone stage, cabinets, and sizes. In addition, you can find reviews of each type of amp online. This article will help you find the best amp for your needs. If you’re ready to make your purchase, read on for some tips. Once you’ve mastered the basics, you’ll feel confident shopping for your guitar amp.

Preamps are an integral part of guitar amplifiers. Many guitar amplifiers are designed with preamp circuitry, which is what gives them the distinctive tones. Mooer, a company that designs guitar effects pedals, has developed 20 pedals that model classic guitar amplifier circuits. These preamps can be used in the front or rear effects loop, bypass the original preamp, and even directly into your PA with a cab simulator.

A preamp for guitar amp contains high-voltage vacuum tube circuitry. These vacuum tubes are used to shape the sound of an electric guitar. A guitar preamp will strengthen a weak signal and prepare it for a power amplifier. A power amp boosts the signal with current gain and moves the speaker coil. The result of this process is a clearer sound than with an overdriven guitar. To get a clearer sound, you can try different preamp settings and try out different combinations.

A tone stage for your guitar amp is a series of controls that can be used to control the guitar’s tone. Most guitar amps have a tone pot to remove high frequencies or to tame bright tones. The Tone Pot is comprised of a resistor and pot. It is placed in the preamp circuit early, and it has a significant effect on the tone of an overdrive. There are many different ways to use a Tone Pot.

A guitar amp’s tone control is usually found in the preamp. The tone knob is located above the pot wiper. It acts as a variable RC low pass filter and is influenced by the volume pot and its bright cap. The TMB is usually placed early or late in the preamp. The earlier it is located, the greater its effect on overdrive tones. It is best to adjust the tone pot’s value if it affects the sound of your guitar.

The preamp is the first stage of a guitar amplifier. It controls the overall volume and the amount of distortion the signal can have. Increasing the gain will produce a more distorted tone. The second stage is called the poweramp and controls the overall volume. Different styles of music require different levels of gain. Some music needs a lot of gain, while other types require less gain. You should experiment with both. You should find out which sound works best for your style and playing style.

Buying new guitar amp cabinets is an excellent way to boost your performance. You can achieve the sound you want with a guitar cabinet in many different ways. Cabinets project sound more efficiently than combo amps. They also have bigger speakers, which means you won’t bother your neighbors while playing on low. Read on for tips on how to pick the right cabinets. There are two basic types of guitar amp cabinets: open back and closed back. Both types offer a similar quality of sound, but with varying degrees of output and power.

Guitar cabs should match the power rating of the head of the amplifier, but you should also experiment with various speaker configurations to find the right sound for your tone. You can also try different speaker sizes, open back or closed back, and different brands. To find the right one for your needs, shop at the online music store. The price is an important factor as well. For more information on guitar amps, browse through our extensive online selection.

The design of a guitar cabinet should be based on acoustics, aesthetics, and convenience. A good cabinet can enhance the sound of your guitar amp, which can dramatically improve your performance. If you’re looking for a quality guitar amp, you can make your choice from a wide variety of manufacturers. We recommend Celestion, Jensen, and Eminence. They have a lot of experience making guitar amp cabinets, and are capable of delivering excellent tone.

The sizes of guitar amps vary depending on the type and number of speakers used. While you may not need a 100 watt amplifier for a solo performance, a 15 watt amp will have a much smaller speaker. The wattage will also determine the volume of the amp. For example, a small amp will be quieter than a large tube amp. If you are planning to play in a big band, a 100 watt amp will be much louder.

The power of a guitar amplifier is measured in watts, which affects the loudness of the sound. Generally, guitar amps range from 1W to 150W. Mini amps have wattages under five watts, while large guitar amplifiers with more than 100 watts are called stack amps. These amps are typically made up of a head unit and a cabinet. However, the size does not have to be a factor.

A 100 watt guitar amplifier is approximately 10 times louder than a two watt model. A 10 watt amp is less than half as loud as a 40 watt unit. A 10 watt amplifier produces a much clearer sound, and it’s often referred to as a “tuner.” However, a small guitar amp can be easily overdriven for use with an external sound system. So, whether you plan to use your guitar amp as a practice instrument, size is an important factor.

The power rating of a guitar amp is the amount of electricity it consumes per hour. The maximum power that a guitar amp can draw depends on the wall outlet voltage and the fuse value. While you will rarely ever use an amp at its maximum power, it will certainly make an impact on your electricity bill. In general, you won’t be spending much money on your electricity bill while playing your guitar. That’s because you’ll spend more money on air conditioning and computer use.

While a guitar amplifier’s power rating is useful for comparison, it’s not the same thing as the “peak” power. The peak power of an amplifier is often higher than its continuous power rating. Generally, it’s ten to twenty dB higher than the average. Although this seems reasonable, it’s not very helpful in reality. In reality, amplifiers rarely reach their peak power outputs. You’re more likely to get more distortion than you might expect when using a guitar amp – unless you’re playing with a very powerful speaker or a loud gigging band.

One of the best ways to decide how much power your guitar amp needs is to decide what type of gig you plan on playing. For example, if you’re playing at a local bar, a fifteen to twenty-five-watt amp would be perfect. It is affordable, yet has a great tone and is usually loaded enough to keep a drummer under control. In fact, many players use this amp exclusively, while micking it for larger gigs.

Using Special effects on guitar amps can produce a wide variety of sounds. These effects can help you define your tone. A delay pedal, for example, can be fed to the front input of an amplifier, or you can feed it into the amp’s built-in distortion channel. Depending on your preferences, these effects can produce a clean, warm tone or an aggressive tone with some edge. In addition, some models can even be used with a pedalboard for even more versatility.

Another effect is a flanger. Flanger sounds like an aeroplane taking off or landing, and creates a “whooshing” sound. The flanger works by feeding your guitar’s tone back into itself after a short delay. This causes comb filtering to occur, boosting the sound along a frequency range. When your guitar is not playing, the delay time causes the filter to move up and down, producing a buzzing effect.

Another type of dynamic effect is a slicer. Similar to the sequencer effects used in synthesizers, a slicer works by lowering the signal volume. This creates the sound of a seabed or a luscious underwater soundscape. This effect is also often used to create loops. It has 50 patterns that can be programmed to repeat a particular pattern over, resulting in a rich soundscape.